Wait. This is the True Story of Al Bloch.

First off, let’s just say the evidence is clear. Mr. Al Bloch is b-a-c-k. He has a whole new album of all new Al-tunes - It Was All Once Bright Jewels, all recorded in Seattle, Washington in 2-0-2-0. It has all new songs with Brother Kurt Bloch of ye olde Fastbacks on guitar and knobs. It goes all the way from two-minute smash to sorta prog-rock epics. That is a pretty fine reason to celebrate don’t you think?

However, this is not the only thing done lately. In October 2019 Al snuck out a hip little EP “Fifth Dimensionality”. In December 2019, Al and brother Kurt released a ‘77/’78 love fest as Bad Scene – Hate The World It’s So Romantic, paying tribute to the UK Class Of '78 STYLE. Last January he was the instigator and bass player for his daughter Olivia's debut, Georgy Girl. In May 2019 Al was the wheel-driving curator for Al Bloch's Summer Of Fun Super Party Mixtape.  In 2018, he jumped in the wayback machine and surfaced with his teenage pop band, Wenis - The Donut House, Seattle 1980. Delightful! In 2009 we put out his collected My Favorite Martian recordings.

Growing up in Seattle in the 1970’s and 1980’s, Al played in a few really good bands (Cheaters, Wenis, Deans) and was featured as a solo artist on the first song of the first release ever by Green Monkey, the Local Product compilation. Al

moved to  Los Angeles with Seattle favorites the Bombardiers in 1985, who fizzled later that year, and played in a handful of forgettable LA bands before landing the bass job in Concrete Blonde in 1988 and toured a bunch with them.

At the dawning of the 1990’s Al Bloch was suddenly without a band.  He was introduced to DC hardcore legends Pete and Franz Stahl (Scream), and Pete Moffett (Government Issue), thus Wool was born in 1991 - they put out a couple fine albums and recently released a singles comp.  In the Summer of 1993, My Favorite Martian was born with Al as the lead signing star for the first time since Wenis in the 80's. You can read all about My Favorite Martian right here - and hear 'em!

Here's what Al has to say about his new album.

This is an important album.  To me at least, that’s all I can say.  But I’ll say more.

The songs that appear on the new album of mine, It Was All Once Bright Jewels were written toward the end of 2019 and the first part of 2020, and recorded pretty quickly when I flew out to Seattle from my home in Roanoke, VA in March of this year.  I was privileged to have on board my old buddy, Kevin Fitzgerald (Clean Lines) to play drums, and my brother Kurt Bloch to play guitar and produce.  I played bass guitar, of course, because that’s what I play.

I was in bands for many years, many years ago, in both my home town of Seattle and then Los Angeles, but had not written a lick of music since I moved to Southwest Virginia in 2001.  Then last year, Green Monkey impresario Tom Dyer dared me to write some new songs.  He had just put out CD’s from my band from 1980 (WENIS), and my LA band from the 1990’s (MY FAVORITE MARTIAN).  I wasn’t interested in writing new songs, but truth be told I didn’t think that I could.  Tom said, “Just do it”.  I thought, “OK”.  So then I did.

Instead of “crafting” “good” songs, I just decided to write bits, and then play them over and over until the bits turned themselves into songs, and then I pulled and bent them a little more until they turned into something interesting.  All of a sudden I had a pile of songs. Fast songs, slow songs, long songs and really short songs.  Songs full of hope, mischievous songs, and songs transformational to me and hopefully pleasing to other people’s ears.  Good songs, I hoped.  I like the short songs best, because I have a short attention span.  I think most people do these days.  What was I talking about?  There is a nice slower song, “Better Days”, that clocks in at almost nine minutes, and is presented in three parts.  Kurt Bloch played all the keyboards, and he was definitely wearing a cape while recording this song.  That’s a Rick Wakeman reference for you young folks, go ahead and Google him.

Starting off the album is peppy little number, “Alpha > Omega”, which is also pretty short, and has a smokin’ guitar solo by Kurt Bloch, who shed his cape to play some blazin’ rock guitar.  The lyrics reference many things, including the Book of Revelations and the Large Hadron Collider.  It’s not very uplifting, but it does get the toes tapping.

Speaking of the short songs, my favorites are “Unemployment Office”, written about a guy I met once, and “Downtown”, about another guy I met twice.  They were very complex and disturbed people, and I thought they both deserved to have songs written about them.

I wrote a few songs about growing up in Seattle, a city I miss very much, although it’s not the same city it was when I lived there.  I have vivid memories of my Seattle Times paper route (“Sunday Morning, Feeling Fine”), which was difficult on Sunday mornings when it was dark and rainy, which it was a lot in Seattle.  Summer sunny days in Seattle were magical (“The Best Song”), driving around and hanging out at Matthews Beach and Green Lake.  Life got even more magical when I started playing in rock bands with my friends (“Fruit Bar”, featuring Seattle legends the Fastbacks).  Finally, there’s a song about being the old guy I am, and longing to go back to Seattle, “For the Summertime”.  I’m going back to Seattle before it’s too late, before I reach my expiration date.

I moved away from Seattle to Los Angeles in 1985, and there’s a song included about living in that city around then, “Cahuenga Pass”.  One night I had to walk home, all the way from Studio City to Hollywood.  Some people would have hated that, but I walked a lot in Los Angeles when I lived there. I didn’t mind.  You tend to see a lot more interesting stuff when you’re walking.

One of my musical heroes is John Cale, and I’ve been playing one of his songs for years.  Just to myself.  “Amsterdam” is not one of his better known songs, but it’s one of his most exquisite and moving tunes. Great guitar orchestration by Kurt Bloch.

Then there’s the song called, “Stay Away From Steve” which is better left undiscussed. I could tell you why, but then I’d have to kill you.  The crazy drums at the end make me want to jump off the Aurora Bridge.  That’s a Seattle reference for you East Coast folks, go ahead and Google it.

After many months of yakking to my brother about the recording of this LP, I finally made it out to Seattle in March 2020 with sheet music for all these songs in my attaché case.  After playing for a few moments with Kevin and Kurt, I destroyed all the sheet music and trusted the arrangements to these two high caliber musicians and to the production expertise of Kurt Bloch.  They both certainly delivered.

So now the record comes out, thanks to the fine folks at Green Monkey Records.  The first songs I’ve written in over twenty years.  If you like the record, it’s because I’m brilliant.  If you hate the record, blame Tom Dyer.  Because he dared me to write these songs! 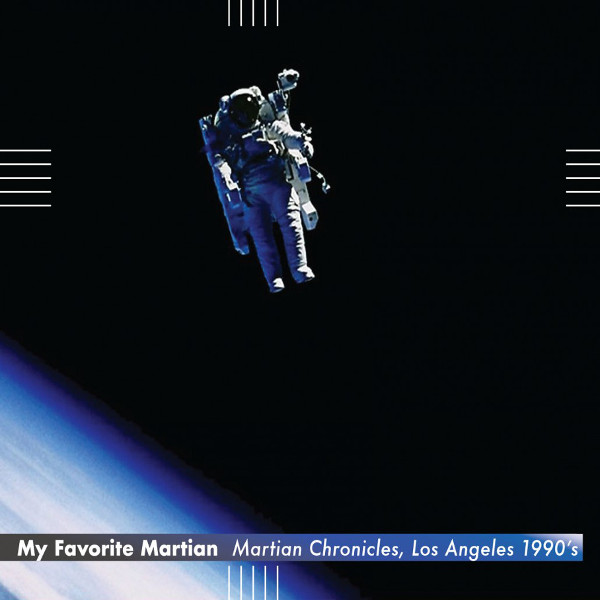 In the annals of American garage rock, My Favorite Martian is an interesting footnote, and this archival release serves to illuminate a little-known corner that deserves to be remembered. Al Bloch is a Seattle native whose brother Kurt is known for his band Fastbacks, as well as being part of The Young Fresh Fellows at various times. Al shares with his brother a penchant for energetic rock music with good melodies that are memorable and seem designed to inspire sing-alongs. Big Star is certainly in their DNA. In 1985, Al and his Seattle band The Bombardiers went to LA in hopes of gaining wider attention. That didn’t work out, and Al ended up doing time in Concrete Blonde and Wool, then founded My Favorite Martian. The tracks on this collection were recorded with a variety of co-conspirators mostly on breaks from touring and recording with Wool, and some feature brother Kurt. These are clever and catchy songs that fit in the same general area as The Replacements. Production is unfussy, obviously and gloriously the result of real people playing together without a lot of technological interference. The majority of the tunes are Bloch originals, though he does a rocking version of Jonathan Richman’s “Pablo Picasso” and tears up “Does It Hurt” from The Wipers, a Portland, Oregon band that was popular regionally in the late 70s and into the 80s. Rock music should be fun, and Al Bloch’s band proves that it doesn’t have to be dumb to be fun. Excellent stuff!

Way too poppy. The relentless upbeat beat is killing me. MY FAVORITE MARTIAN is Al Bloch’s post-CONCRETE BLONDE and WOOL band. The music is a blatant reminder of the ’90s when every band was trying to and thought they could “make it.” It’s slick, peppy, and anthemic, with little originality. That this band was from Los Angeles is probably no surprise. Not to mention their harder-edged cover of “Pablo Picasso” really misses the point of the original.

Song Of The Day: Wenis, “Wait It Out”

Contrary to popular belief, Seattle’s music scene was not all about heavy, sludgy, so called “grunge” music. In fact, they had a pretty vibrant garage rock, punk, and Power Pop scene. In fact, one of the forerunners of modern power pop, The Fastbacks, had become something of a Seattle institution well before Nirvana appeared. But the scene dates back well before then, back to the late 70s and early 80s. One particular band, Wenis, disappeared without notice in the early part of the decade, leaving behind only memories of the handful of people who knew their name. Frontman Al Bloch would move on to other projects, and this recently discovered collection of recordings serves as the only extant document of the high school band. As would be expected, the recordings are rough but a charm shines through;  my particular favorite is “Wait It Out,” a promising song that would appear again a decade later when the aforementioned Fastbacks–led by Al’s brother Kurt––would record it and release it as a single in 1994. While these recordings might not have much widespread appeal, they’re definitely interesting and enjoyable in terms of a historical document from an overlooked corner of a fertile musical scene. 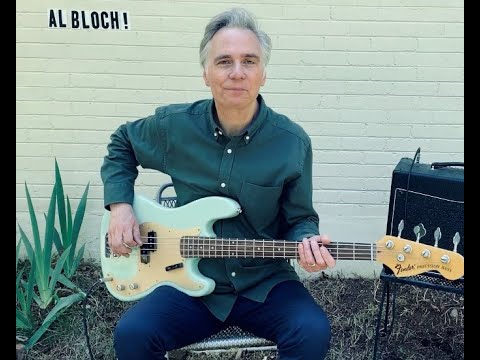 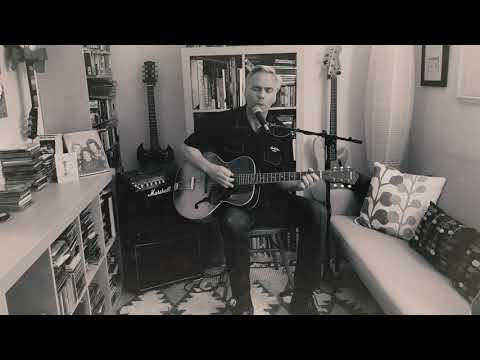 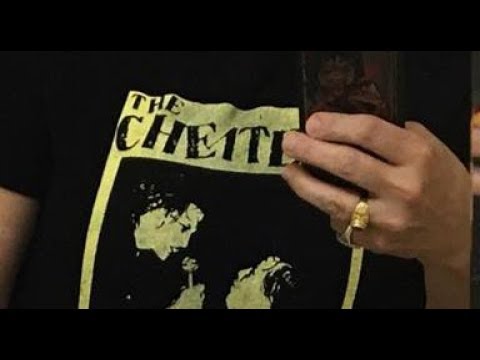 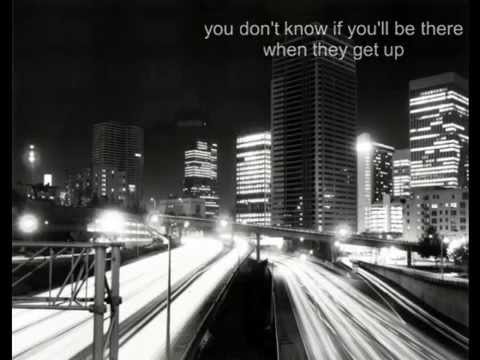 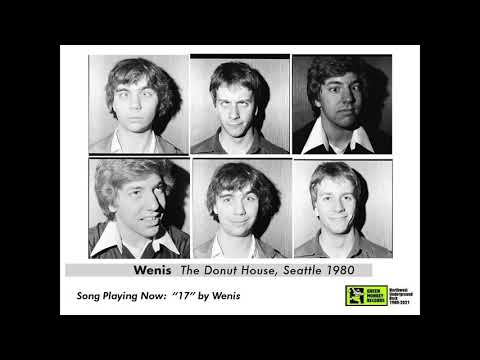 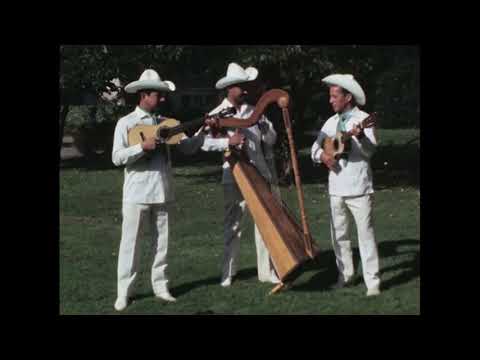 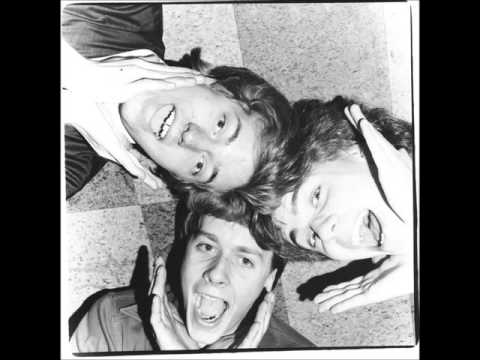