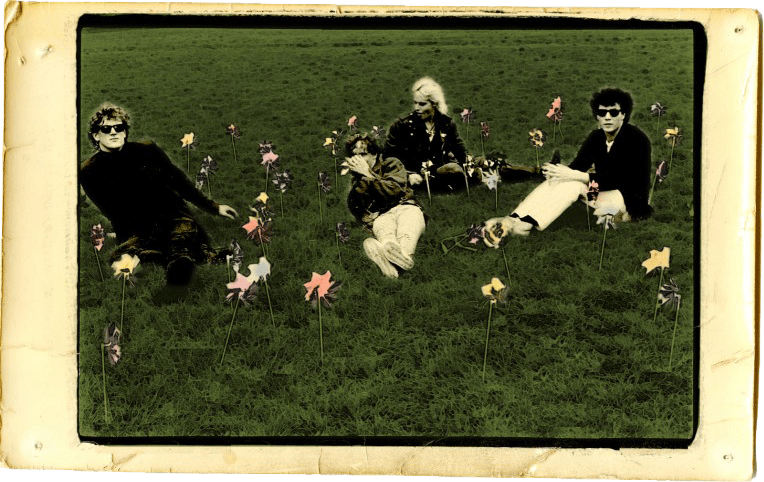 We bring you a hidden gem from the last century: Chemistry Set, grunge-era men out of step with their time. This is their story.

The story of Chemistry Set began with a trip by two Seattle musicians Scott Sutherland and Tom Ewers to Tucson in the mid- 1980s, where they wrote the first joint pieces with local band The Sidewinders (later to become the Sand Rubies), leaning strongly in the direction of REM, Translator, Syd Barrett, and The Softboys . Before 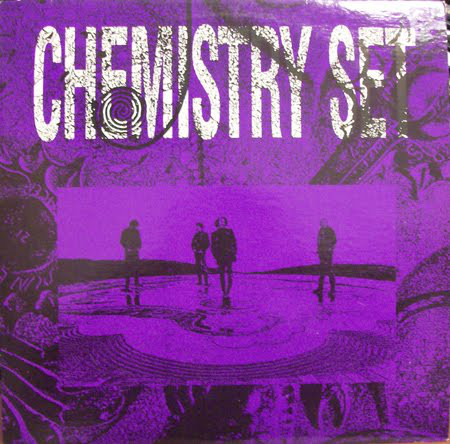 heading to Tucson, Sutherland and Ewers played with Rusty Willoughby (Pure Joy, Flop, Llama) as Second Story, which over the summer of 1984 morphed into the Dwindles with Lisa King and Jim Hunnicutt. The Dwindles gigged regularly with bands like the Walkabouts, Room Nine, and Girl Trouble throughout the SeaTac area. The road-trip to AZ provided the opportunity for Ewers and Sutherland to scheme and dream up something full of guitar jangle, feedback, and melody.

Tom Ewers then recruited his old college roommate Scott Vanderpool (formerly of Room Nine) on drums and bassist Bryan Learned to join and Chemistry Set was born. The band began gigging steadily, writing originals and recording whenever and wherever possible. One of their initial recordings, Good Christian, made it on the KCMU tape compilation ” Bands That Will Make Money”.  Too flowery for local labels like Sub Pop and too chaotic for the esteemed Popllama label, the group forged ahead, recording and self-releasing the Chemistry Set-EP in 1987.  The release showed the group cutting their teeth on a diet of American 80’s bands like the Rain Parade, Three O’Clock and the Windbreakers.

The band continued gigging all over the Pacific Northwest, opening for acts like Game Theory, Camper Van Beethoven, and Portland’s Miracle Workers, who – along with an increasing obsession with The Damned, Thin White Rope, and Redd Kross – led the Chemistry Set in a less jangly direction. Shortly after the band recorded Underground for the “Sub Pop 200” compilation, Tom Ewers left to pursue a degree in Architecture. He was replaced by Bill Campbell who was among the first few fans to attend regular shows in the early days of the group. Before Tom left for college however, the expanded group cut tracks for a single (“Fabulous Stinking Chemistry Set”) at Velvetone Studios in Ellensburg WA with Steve Fisk, whom the band admired for his work in Pell Mell and production talent behind the Screaming Trees’ SST releases.  In 1989 after the release of the single and a threadbare tour of the western US, Chem Set recorded one last single at Reciprocal Recording enlisting Jack Endino and Steve Fisk as co-producers.  That project was aborted as Chemistry Set closed up shop when Bill Campbell moved on to play guitar in Flop.

In the wake of Chemistry Set, Sutherland went on to play guitar and sing in the power pop group Model Rockets. Later, he eventually teamed up with childhood friends Rusty Willoughby and Jim Hunnicutt in Llama. Scott Vanderpool reunited with Room Nine alumni in Down With People and went even further back to the past when pre-Chemistry Set era group Young Pioneers got reactivated. Bryan Learned also joined in on bass until his duties as a commercial airline pilot took him elsewhere.  In 2012 Sutherland and Vanderpool collaborated as King County Queens, releasing an album’s worth of guitar-driven psych rock before dissolving a few years later.

Veronika Kalmar (Backlash): “The complexity of their work enables them to break out of the local dirge and psychedelic stereotypes and achieve a distinct sound belonging to them alone.”

Keld Bangsberg (KCMU): “Combine a dash of Young Fresh Fellows fun, a pinch of Rain Parade psychedelia and a squeeze of REM pop, put it on puree and you get a concoction known as Chemistry Set.”

The Incomplete Fabulous Stinking Chemistry Set includes all of the legendary “Purple EP,” the Sub Pop 200 effort “Underground,” a lone single “Look Over Your Shoulder b/w Failure,” unreleased single sessions recorded as they were falling apart and 9 other slabs of previously unreleased fabulous stinking Chemistry Set. All digital for the first time.

You know you’ve been waiting for this. 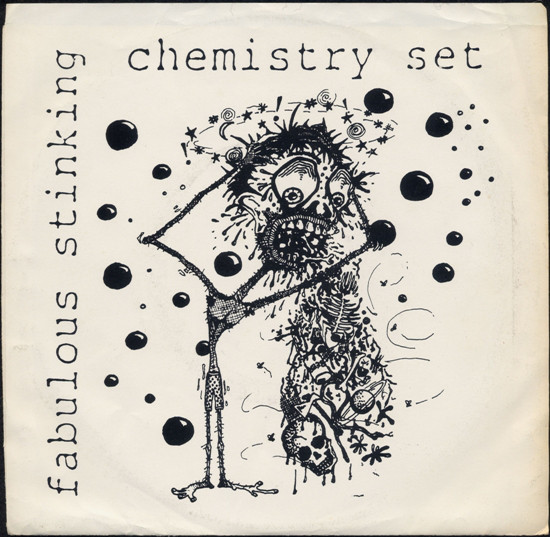 liner notes:
so, the place is seattle, – 1985-1989. some band associations include young pioneers, dwindles, opal, playing shows with friends pure joy, & room nine, named by room nine’s light guy, influenced by beer, big star, beatles, damned, byrds, soft boys, the church, buzzcocks, pink floyd, among others…did not fit neatly into the emerging scene, perhaps due to a strong fondness for jangly guitars although distortion & feedback were equally admired. an ultimately brief existence that fills a gap in any attempt to understand the music of seattle in the second half of the 80s blah blah blah