Jon Strongbow is a nearly-hidden Pacific Northwest wonder, with six albums of his songs and another six albums of his instrumental music, most with his band Mystery School. He is an author and a graphic artist with multiple books and art prints which he sells at the Pike Place Market, where he is a community fixture.

GMR has now reissued the third Strongbow album in our ongoing series, What It Takes. Originally released in 1990 on cassette, this is once again a beautifully remastered and expanded work, remastered by Steve Turnidge of Ultraviolet Studios, Seattle, with five bonus tracks. Extensive notes from Jon can be found below in Jon's Story.

Tom Dyer: This was recorded in '87 in my dinky Queen Anne basement studio on glorious 8-track reel-to-reel. Brilliantly remastered by Steve Turnidge this year. I just listened to the whole thing again and it is so good.

Jon will tell you a lot about that whole scene in his many words below, but here’s the quick scoop. If you recall, we re-released Jon’s stunning 1979 Alien City last year and promised this would follow, with yet more Jon-werk to come. To me the feel of this record is very different, less English sounding, less brooding, more earthy, percussion-driven American pop and simply more joyful. After this left my studio in ’88 Jon kept going back and adding bits, some new words and some whole new parts. And new mixes of course. If you have your (collectable) ’88 GMR vinyl LP, you can sit down and compare. I think this version is pretty sweet. Plus Jon has added 3 bonus tracks from the general period that fit pretty nicely. As with Alien City, this is the first time this work has ever made it to the digital and streaming world. Put it on your Spotify thingy list.

It started here. Alien City was his first album. Originally released in 1979, it is a brilliant gem, long lost in the rubbish heap of time. It is a wandering pop/rock masterpiece. Ray Davies meets Bowie in a sprawling non-linear western space time adventure.

From the original cover notes: ALIEN CITY was composed over a period of five years. It is a song cycle of epic proportions centered around the Incarnation of Celestial Visitors to this planet. They take youthful bodies with the soul mission of increasing the intelligence of the human race. Alas, in their compassionate endeavors they become trapped in the pernicious web of the world and their aim becomes warped and sarcastic. In taking mortal bodies they lose their reference point, their center of gravity, and they eventually become depraved and stupid as the people they initially intended to illuminate. There is no story line; no characters are formally introduced. The work is arranged in four movements: 1. When Everything Is Too Fast Too Soon 2. When Everything Is All Wrong 3. When Everything Is Alright 4. When Everything Is Nothing (the LP contained only the first two movements).

Who found this jewel in that heap? Mastering engineer Steve Turnidge had it land in his lap in 2014, basically as a favor for a friend. Steve was enraptured and became the album’s champion. You can read an insightful interview with Jon and Steve by the late, great Frank Gutch Jr. here: https://bobsegarini.wordpress.com/2014/05/27/frank-gutch-jr-jon-strongbow-meltdown-in-alien-city-plus-notes/

Among others, Steve eventually sent a copy of the remaster to Green Monkey. GMR prez Tom Dyer still owns the original Alien City LP he got in 1979 and was quite familiar with Jon’s work, having released Jon’s Something Different LP and A Normal Sort Of Guy cassette in 1989. The loop was closed and the dye was cast.

Jon's Story - What It Takes

What It Takes FINAL from Jon 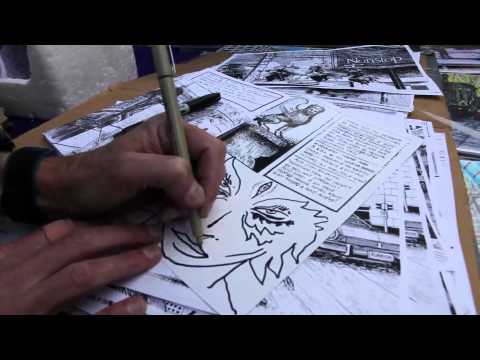 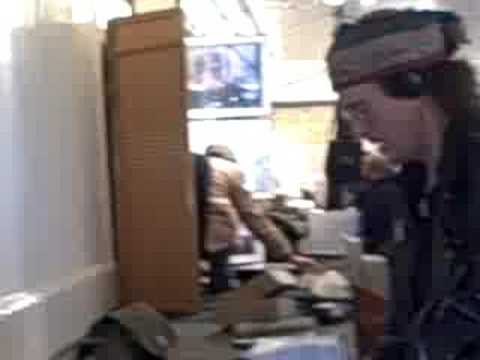 Setting up for the morning
29
IMAGES
INTERVIEW WITH GUTCH (2014)

't Believe a Word I Say