The OF. Pioneers of Foil-Rock. Men of The Colander. The OF hail from Roslyn, Washington, a dinky mountain town in the Cascades Range.

The OF are the brainchild of one John Carey. Composer, guitar player, booker, recording engineer, producer, beardo, bard.  Of Dude #1. The OF have released their second album Escape Goat.  Like their first album (Oh, It’s The OF)  Escape Goat has mostly long songs with many parts. With Guitars and other noise-makers. You may find them beautiful. You may find them weird. The OF are unique and that is no longer an easy thing to be.

For their first album, Oh It's The OF, they were a four piece. Since, they have added another guitar player and a sax player and sometimes percussion, which means they are now an advancing army of six or seven. Two weeks ago they fired there singer Pat. Now John and Mike the Other Guitar Player sing. All good.

The OF are a true performing band and can be seen at various NW nightspots ranging from Bellingham to Wenatchee to Portland. They always bring the colanders.

John tries to compose every day. That is what he likes best.

HERE’S SOME NICE THINGS PEOPLE SAID ABOUT THE OF

Imagine Das Nibelungenleid repurposed by The Residents under the baton of Frank Zappa in his Mothers Fuckers period and you’ll have an idea of the insanity in store for you from John Carey and his band of merry mirthmakers. Carey’s 'compositions' flow like stream of conscious ramblings of the local sewer-dwelling lunatic wandering your local streets at night, reeking of urine and cigarettes and promising the end is near because, like, you know, God told him personally over breakfast at the local diner yesterday morning.

Some parts of the lengthy (some might say interminable) opener

‘It’s a New World’ remind me of the beloved nogoodniks, The Plasmatics, during one of their synchronistic experiments where they locked all the musicians in different studios and just recorded whatever they played without worrying about anything like plot, melody, or anything resembling a coherent thought. ‘Damn Dirty Hippy’ is a little funkier with an actual Dr John-ish groove that you might actually be able to shake a leg (or stick) at (cool sax solo by Jansen Dustin, too).

Freeform jazzy interludes drag the title track kicking and screaming across the studio floor until Carey puts it out of its misery with a gnarly guitar solo that makes you forget what you came here for (and don’t think I didn’t spot that ‘Larks’ Tongues in Aspic’ riff hidden in the mayhem!), and there’s a groovy Mushroom vibe to the epic ‘Bottom Feeder’, with serpentining sax (Seth J Garrido) and butterfly-chasing keyboards (Dan Taylor) whipping up a frenzied bitches brew of excitement, all topped with a screaming Carey solo just so’s you know who’s the head of this here crew.

These guys might have a career for themselves if they continue to explore this side of their musical endeavours (along with the tasty Frippertronic-licks of ‘Double Shift’ and the Blue Oyster Cultish, balls-to-the-walls skronking sludge of ‘Weezils’, which doesn’t waste a second of its 13:04 to tease, taunt, tantalise, infuriate, and amaze) and leave the corny high school hijinx to DNA, The Contortions, and other no wavers. To wit, ‘Refrigeration Leak on a Stormy November Evening With Cranberry Arteriosclerosis’ takes longer to say than play (0:49)! Jeff Penkzak/Soundblab - 7 Stars

“It’s not often that a CD begins with a spoken introduction, but when the first song revolves around a hermit crab and some seagulls fighting over a french fry, it’s nice to have a little help. Using standard rock instrumentation plus cello, mandolin, and triangle in unusual ways, the self-named “foil-rock” quintet creates music as eclectic as its members’ onstage attire: tinfoil togas and colanders as hats. AZARIA PODPLESKY/Seattle Weekly
http://www.seattleweekly.com/home/947857-129/com-aug-album-rock-self-music

“Part Residents, part Mothers/Zappa/Beefheart and a whole lotta shaking, belching, vomiting, moaning and groaning amidst some damn bitchin’ guitar wailing and crazed B-52’s-like tomfoolery add up to a party atmosphere that we can all use right about now. Jeff Penczak/Terrascope
http://www.terrascope.co.uk/Reviews/Reviews_July_13.htm

“The Of is a great independent rock pop quintet who is not afraid to tackle the “fear of the unknown” with dark and obnoxious melodies that cover many different genres of music. The quintet’s latest CD “Oh It’s the OF” is a haunting, but whimsical journey through humanity’s wild imagination. Leslie Snyder/Elephant Talk Indie
https://elephanttalkindie.wordpress.com/2013/07/14/oh-its-the-of-by-leslie-snyder-2/

A QUITE OLD INTERVIEW WITH MR. CAREY.

TD:I usually refer to The OF as the Top Band In Cle Elum. Is that a true statement?
JC: Not really. I live in Roslyn. We have played in Cle Elum twice, but we are a Roslyn band, of which there are approximately 3 at any given time. We are usually the one that the least amount of people are interested in, due to the difficulty involved in hula hooping to odd time signatures.

TD:What is the Cle Elum scene like?
JC: I will tell you if there turns out to be one. There are a couple of places to play, but it’s very limited. It’s better for bands from out of town, since they have the novelty factor going for them.

TD: How did The OF come into existence?
JC: Force of will. I wanted to put together a band after several years of not having one. The OF evolved and hopefully will continue to annoy for years to come.

TD: The OF is pretty dang schitzo. Sometimes it is Zappa-ville, sometimes it is bone-head dumbo rock and sometimes just plain goofy. Why is that? What is the thread that holds that that together? Is there one?
JC: I don’t see any reason to limit what we do. So we just do whatever I write.

TD: Do you play shows?
JC: Sure, lots of them. Ironically, now that you ask, we are scaling down our gigs in order to learn new material for the next CD. We’ll pick up again in a couple of months.

TD: On your web site there is a picture involving aluminum foil. Do you think it is sustainable to be known as a “foil band”?
JC: Heavy foil and colander rock helps keep the space lobsters away.

TD: Now that “Oh It’s The OF” is out what is next? Where do you go from here?
JC: “Escape Goat.” Hopefully out by the fall. It may contain an Icons cover, if we can cut a deal.

TD: “You’re in Love with The OF” must obviously be considered your theme song. Why is it hidden late in the album?
JC: Because if you haven’t listened that far, then you Aren’t In Love With the OF.

TD: Your cover says there are 12 songs but the disc only has only 10. What’s the deal?
JC: It was a last minute editing harsh out. I had already sent the track order to the artist and received finals back. The first 3 tracks (and also “Sodo Monkey Pt 2”) were recorded live in one take. When I tried to edit them, there was no way to get them to play correctly in sequence when cut separately. So Track 1 is really three songs. I am really impressed at the number of people who have noticed this. I will fix it on the second pressing, so having the screwed up track order versions will be collectible.

REFRIGERATION LEAK ON A CLOUDY NOVEMBER EVENING WITH CRANBERRY ARTERIOSCLEROSIS

Perhaps you think it is easy to make this sort of music. Well it isn’t. I have to spend most of my time trying not to scream. When I moved to the tiny town of Roslyn WA I was so impressed that I almost threw up. Lots of quaint old buildings built by drunken miners in the days of the company store, hippies and dogs running rampant in the streets…now we have cell towers and a parasitic gentry colony replete with lodge and golf courses. They send a little short bus out to our taverns and bars, where it disgorges it’s contents of wasted youth. Unfortunately they really don’t want to listen to music, they simply want a background thump for their mating rituals, some of which can be quite amusing. At the end of the night there is inevitably a drunk dork in dockers who hits on the girls one after another in descending order of breast size, only to get dragged back to the bus by the old hunchbacked driver. The descendants of the miners have pretty much taken to hiding in their hovels waiting for it all to stop. I have created a small recording studio in the garage where the OF were born. I hope the music makes the little satin dresses fly off of the nubile young rich and pretties as then it will be marketable in some form at least. 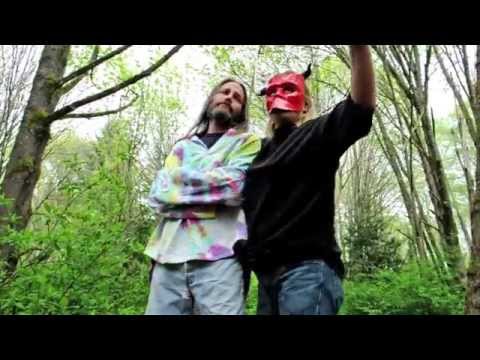 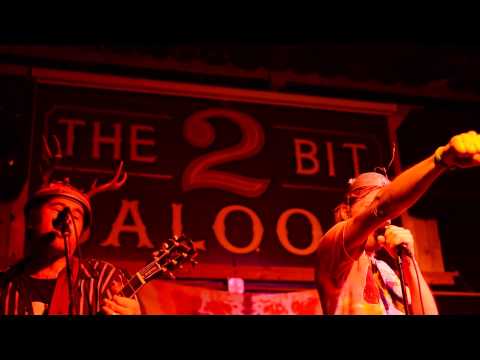 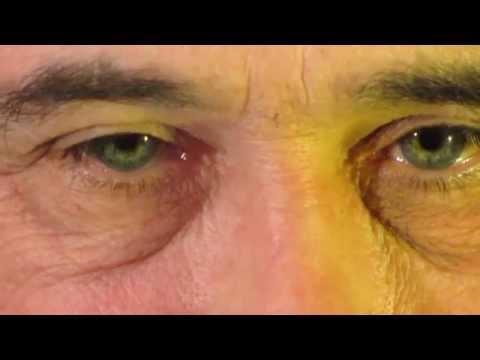 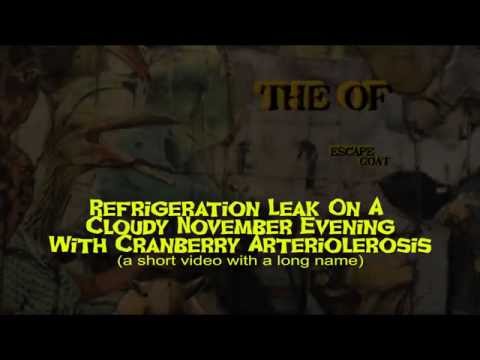 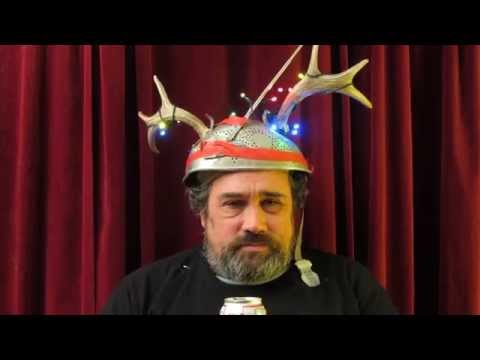 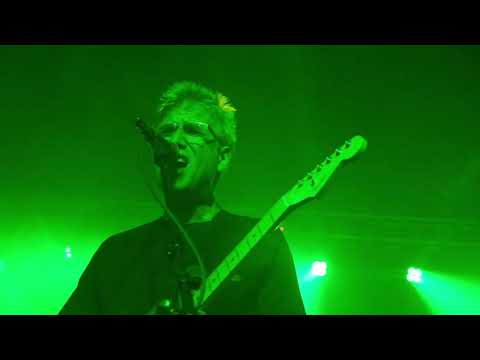