May 2019: Jeff Kelly – Beneath The Stars, Above The River

Spring is in full flush in the Pacific Northwest, so time for a little beauty and romance, yes? It is time for Jeff Kelly’s first solo album in the post-live-Pajamas world, Beneath The Stars, Above The River. This is a series of songs written following his trips to Spain and Portugal, the music is simple, relaxed and beautiful. What could be more romantic?

The album will be released to stores and the internet May 17, but because you are all true believers, we are letting you have it a week early right here at GMR. For the true Kelly lovers, we have 50 signed and numbered CDs available – when they are gone they are gone.

The influence of Spain and Portugal asserts itself from the opening notes of Jeff Kelly’s latest album, Beneath The Stars, Above The River. The lead track “The Initial Kiss” is not a traditional folk song as such, but the rhythm and melody reflect Jeff’s fascination with fado music. Spain too, and flamenco notes are woven throughout the album. It isn’t solely the music of these countries, but the landscapes and people, the rivers and the wine, the stories and the flavors that are interpreted through Jeff’s eyes and songs. The whole album was fully realized after traveling to both countries with his wife, Susanne, in 2017 and 2018.

Whilst fado is a newer crush, Jeff has long been entranced by the sound and tradition of flamenco music. In gathering song ideas for “Beneath The Stars, Above The River” Jeff delved into fado (most notably at a family run bar in Lisbon). In Spain he went south from Madrid searching out flamenco music.

“I had a little black book and I’d write down song ideas as they presented themselves. The Douro River wind and rain, the women begging for more euros, Juliana of the one-man scanner station in Antequera, were all real. Drinking dark beer under cathedral bells in Lisbon, the romance of an evening on the Guadalquivir in Seville, it all happened. I was very inspired!”

With Beneath The Stars, Above The River Jeff reverts to his organic approach of recording that is evident in his solo releases from the 1990s, leaning heavily on acoustic guitar and accordion, rather than the electric guitar and keyboards of The Green Pajamas.  “I did all of the percussion, sometimes just my wedding ring keeping time on the wood desk.”  There are exceptions of course - the electric guitars of “Moon Over Granada” and “Señor, Señor” immediately recall The Green Pajamas. Fans of that band will also appreciate the murky, semi-psychedelic sound of the album closer, “Alleys of Madrid.”

Jeff’s intent with his newest solo album is to present various love songs that one might hear through the heatwaves of southern Spain or the downpours of Portugal in April.

Jeff also has some great videos for this album, shot on his travels. It’s just like you were there! (Ok, you weren’t) You can see one right here!

In other thrilling Kelly news we now have the 2 LP version of The Green Pajamas – All Clues Lead To Megan’s Bed. First time ever for this masterpiece on vinyl, with a whole side of previously unreleased (I think) tracks form that era. Stock is limited – Sugarbush in England made 250 of these and we just have a handful. Grab ‘em while they are grabbable.

As you know, we have been giving some deserved love to Mr. Al Bloch of late, first with the release of the amazing Wenis, and then with the otherworldly My Favorite Martian. So much rock. Now Al is turning the tables and giving the love to you. Al has curated (yes we are so fancy) a compilation of sounds that just shout summer, Al Bloch’s Summer of Fun Super Party Mix Tape. Al has handpicked each of the Northwest selections  here-in for maximum summerness. Some previously released, some brand new for a multi-scoop delight.  Al is a purist and has insisted it be release on Memorial Day weekend. By god, we’re gonna do it. More about this soon.

The new Tom Dyer duos album 1+1 = ? is out to press and will be coming to you June 17. This album took ten years to make and our sources tell us that Mr. Dyer is most pleased with the result. It is strangely beautiful.

I already told you about The Fabulous Stinkin’ Chemistry Set release coming up this summer – add to that this fall we will be releasing a 100% new LP by San Francisco’s Toiling Midgets. Certainly a reason for sober reflection/wild celebration. So much beautiful Music so little time.

If you are in Oly Thursday May 19 you want to go see the marvelous Maggie Teachout at Le Voyeur Café, 404 E 4th Ave Olympia, WA, 98501. If you ain’t there now figure out how to get there.

Tom Dyer & The True Olympians will be playing a party/benefit thing for Port of Olympia Commissioner candidate Helen Wheatly Friday May 24 at the Eagles in Olympia. It is a sorta private show, so if you want to go drop me a line.

Dante & Eros Faulk will be playing at NW Folklife Festival in Seattle on May 26th, 2:50 – 3:20 at the Underground Folklife Café. They will make you tap yer freakin’ toe. Fer shure. We just reordered CDs and they will have them for sale at the show. 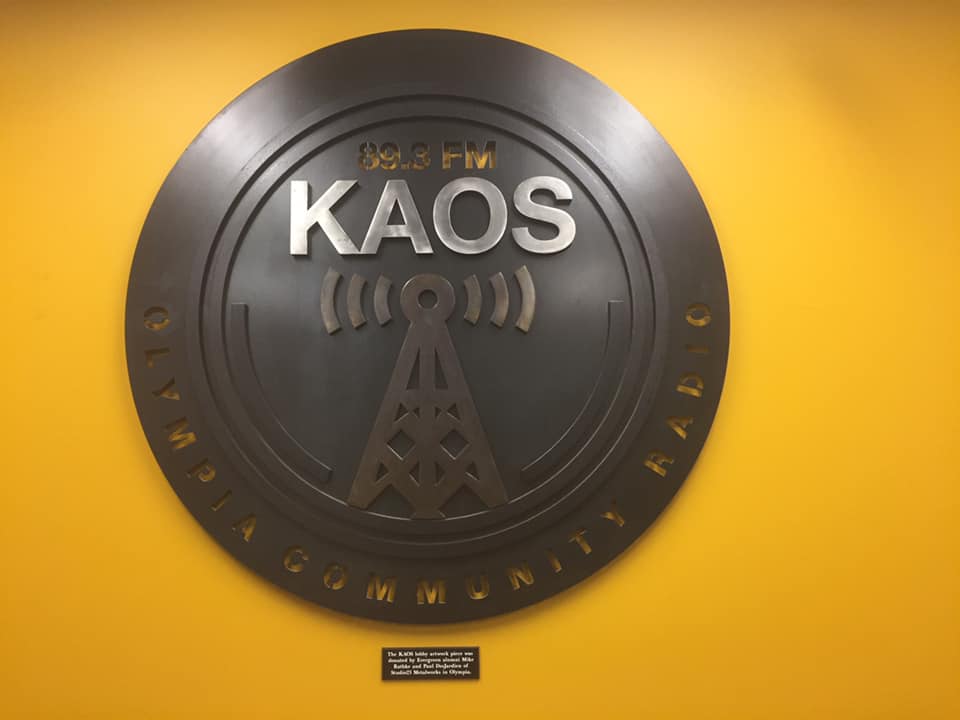 For those of you that need even more racket in your life. I now have a radio show on KAOS 89.3 FM Olympia. It is titled FreeForm Northwest and I play every kind of music you can find in these parts, except Green Monkey releases as it would be FCC violation for me to plug me own stuff (Google Alan Freed) . I will also feature interviews sporadically with PNW “personalities” as it serves my whim.  You can hear it on Wednesdays live from 1 – 3:00pm at 89.3 FM in Oly or stream it on god’s sweet internet www.kaosradio.org/listen. I also have a Facebook page for the show https://www.facebook.com/FreeFormNorthwest/ where I will post weekly playlists and links to stream the show after the fact.  Plus I will probably archive my interviews there as well.

PrevPreviousApril 2019: Insect Man – Still In Love With Everything
NextMay and a half 2019: Al Bloch’s Summer of Fun Super Party Mix TapeNext