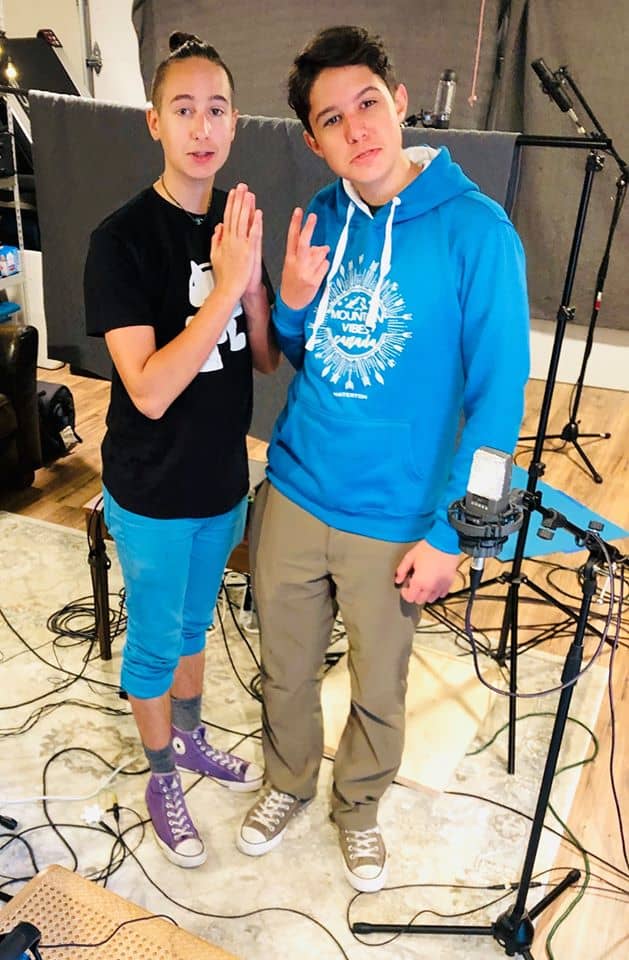 It’s time for the April-and-a-half or the May - however you want to look at it - Album of the Month. We are most pleased to inform you Mirage (freaky cover alert), the album #2 from Oly brothers Dante and Eros Faulk is out now! Initially it will be download and streaming only – we expect to get CDs out pretty soon and will let you know when we have them (damn you, corona virus!). This teenage cello/fiddle twosome draws inspiration from traditional Celtic music for this album of original tunes and modern arrangements. The album is produced by Celtic music star Ryan McKasson, whose expertise in arranging and recording music has brought unique, innovative, and energetic arrangements to new and old tunes.

These brothers started young, each picked up a string instrument at the age of 3. In addition to cello and fiddle, they play guitar, bodhran, banjo, cajon, mandolin, percussion, and do some vocals. Performing, recording and arranging, these are a few of their favorite things!

D & E both love and understand traditional music. Combine that with their awareness of modern and popular music (rock, jazz, EDM, and more) and you get an inventive and contemporary sound that still rings true to their traditional roots. As you know Dante and Eros have performed all across the Pacific Northwest at festivals and contradances. They hope to be getting back to it soon.

This is their second duo release on GMR, following 2017’s Beirt, and their third release counting the 2018 album as part of the band REDS. Additionally, Eros has released an EP, entitled Enclave, and several digital singles independently throughout 2019. Heck, the lads even starred in my “Everything In The World Is Returning To A State Of Nature” video - thanks!   Mirage is the next step – it takes Dante and Eros in a bold new direction, and stakes their claim as two of the most innovative young musicians in traditional music today. 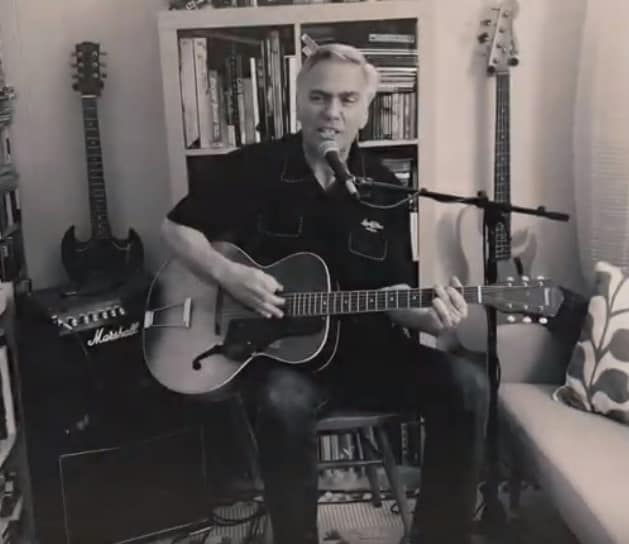 Now what about that mid-May AotM? Got that covered. We will be releasing Al Bloch’s new album It Was All Once Bright Jewels on May 15. The whole album was recorded by Al and brother Kurt in one week at Strictly Vintage in Ballard. Al jumped the red-eye from Roanoke and rolled into town for the non-stop rock action. He lived the anesthetic’s life for that week, sleeping on the floor at Strictly Vintage, only rising to once again each day to slam more vigorous tracks. Kurt and Al even brought in Kim and Lulu for a Fastbacks reunion on "Fruit Bar"! We shall have this for you in two weeks and it shall rock. To get you fired up in advance Al has made the rock video: "Downtown". It rocks most certainly.

Mr. Jeff Kelly informed me last week their will be a new Jeff single shortly and there is going to be some super limited edition Jeff LP on Sugarbush that we will have a very copies of for you so pay attention for that. The Green Pajamas vinyl version of This Is Where We Disappear should be showing up pretty soon and we will let ye know for sure. Also, I found a handful of original, unplayed “Kim The Waitress” singles the other day and have them up on Bandcamp for an exorbitant price – hey, they’re actually rare!

I made a sweet little video for “(1/2 The World Is Made Of) Women” that I expected to get pulled by YouTube because it is full of famous people’s movie clips, but it still seems to be hanging around, so you should probably check it out now. The guys that are making the CDs for Truth or Consequences have come back to work (some) and I am hopeful to get those discs soon and sent to those kind folks who have bought them.

The True Olympians haven’t practiced for 6-7 weeks and don’t know when that will happen next, but I am writing songs for the Olympia album at an accelerating pace. I am currently up to 18 songs written and another 5-6 in process. My plan is to have an additional 6-8 written (yes, that would 30-35 behemoth compositions) by the time we can rehearse again, so we can blast this album out before the end of the year. The True Olympians stand ready! Boo-ya! 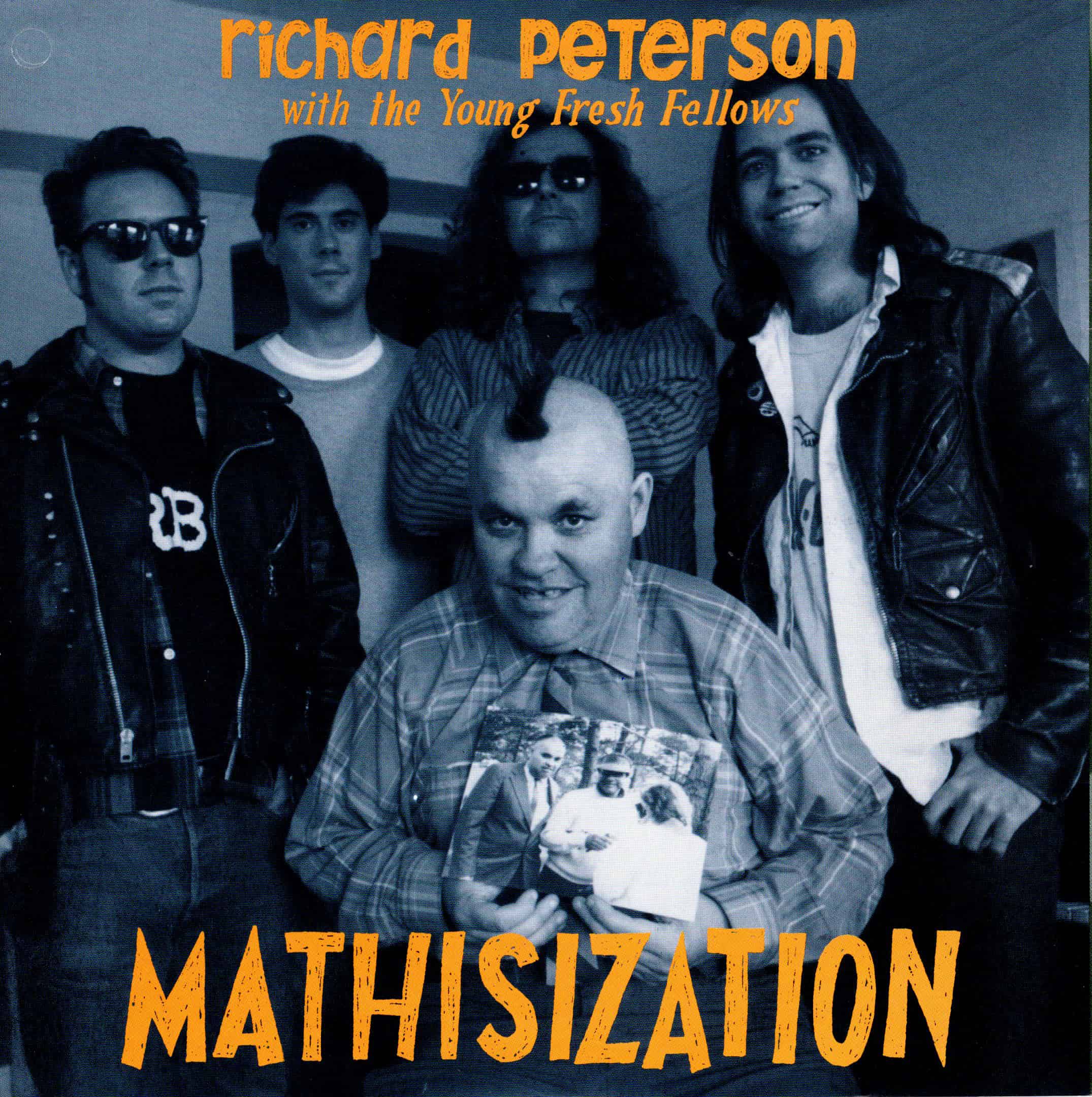 Other than that we are doing the same boring house arrest stuff as everyone – binge watching Skooby Doo. Tiddly winks. Feeding the kat.

Finally, I just put up Richard Peterson’s “Mathisization” single with the Young Fresh Fellows on the GMR Bandcamp page. Richard gets every penny from his sales at GMR – we keep nothing. All his gigs have dried up in the plague times and he can use your support – buy some stuff and we’ll send him the dough (checks for even dollar amounts only says Richard – no cents allowed!).

That concludes the May AotM.

PrevPreviousApril 2020: Tom Dyer – Truth or Consequences
NextMay 2020: Al Bloch – It Was All Once Bright JewelsNext